The Queen did not want ‘splendor and ceremony for herself’ and simply wanted to be buried next to her father – ‘but she recognized the role she was playing’, according to royal experts.

Her Majesty, who died in Balmoral at the age of 96, was buried Monday evening in a moving private ceremony at the King George VI Memorial Chapel in Windsor – following a large and prestigious public funeral at Westminster Abbey.

But a royal commentator has speculated that the Queen would not have wanted such a service and only agreed to it out of duty.

Royal biographer Penny Junor told People: “She wouldn’t have wanted that pomp for herself, but she recognized the part she played… Even in death, she still served.”

The Queen’s final resting place is marked with a simple plaque that forever reunites her with her adored husband Prince Philip and her parents King George VI and Queen Elizabeth, the Queen Mother.

Historian Robert Hardman, author of Queen of Our Times: The Life of Elizabeth II, said, “She didn’t want to see a statue of herself or even a separate burial chamber in St. George’s Chapel.

“As her cousin Margaret Rhodes once said to me, ‘She wanted to make her father proud.'” 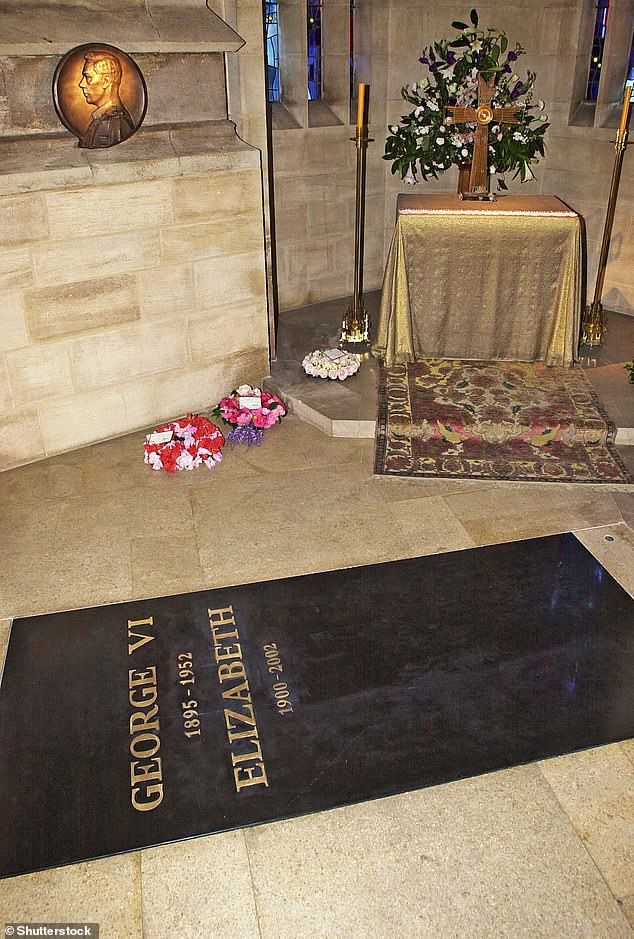 It was a simple but poignant request from the late Queen – for after the historic funeral, Her Majesty was buried as plainly as she would have liked.

And that was not in a large separate burial chamber in the Chapel of St. George – but next to her beloved father, with a simple inscription with her name on it.

In the tomb, the ledger stone — a slab laid in the floor — had previously been marked with the names of the queen’s parents in gold letters on black Belgian marble.

But after the funeral, Buckingham Palace revealed that a new plate had been installed overnight, bearing the names of the late monarch, her husband and parents, along with the dates of their birth and death. 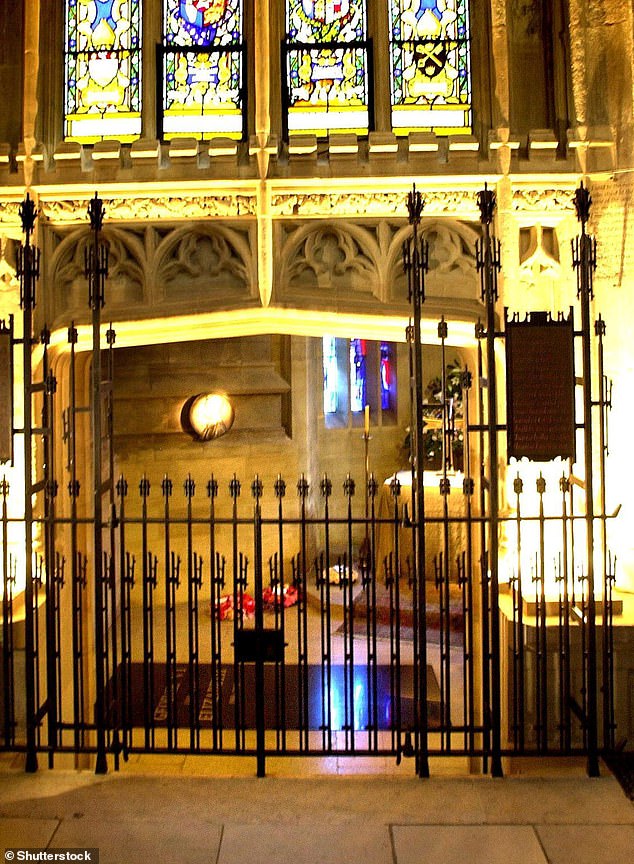 The George VI Memorial Chapel in St George’s Chapel, Windsor, where the Queen now rests next to her family

Between the two pairs is a single metal Garter Star, the insignia of the Order of the Garter, the country’s oldest and most noble knighthood.

All four were members of the order and St. George’s Chapel, where the memorial chapel is located, is her spiritual home.

The simple stone outbuilding, which can be viewed through a metal gate in St George’s Chapel, also contains the ashes of the late monarch’s sister, Margaret.

The public will be able to view the Queen’s final resting place from next week, but will have to pay for the privilege. 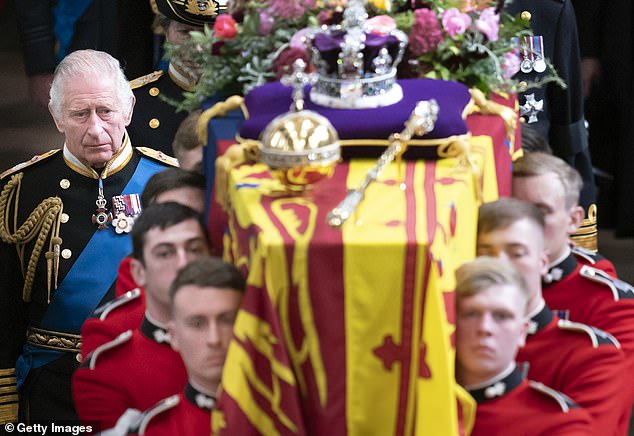 King Charles follows his mother’s coffin, draped in the Royal Standard with the Imperial State Crown and the Sovereign’s orb and sceptre, as it is carried from Westminster Abbey after her funeral

The chapel, currently closed during the Royal Morning, will reopen to visitors on Thursday 29 September as part of a general tour of Windsor Castle, costing up to £28.50 for adults and £15.50 for children.

The castle is only open from Thursday through Monday five days a week, but St. George’s Chapel is closed to the public on Sundays because it is a living place of worship.

Castle tours are organized by the Royal Collection Trust (RCT), a registered charity and a branch of the Royal Family. The royal family keeps no profit.

Revenue from admissions and other commercial activities is used to maintain the Royal Collection, one of the largest and most important art collections in the world and one of the last major European royal collections to remain intact.